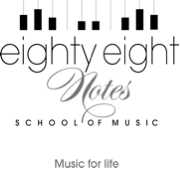 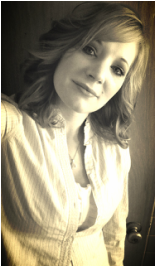 A dedicated piano teacher and music school owner, Mellisa has pursued her love of music from a very young age. With a passion for quality music and education, she opened Eighty Eight Notes School of Music 2007 where she grew the business to include classes for all ages and stages and all instruments. "My ultimate goal as your teacher is to nurture a genuine love for music, a gift that lasts a lifetime.”  Mellisa specializes in music theory, composition, curriculum production, and online piano lessons. Her students gain a comprehensive background in the application of music theory, ear training, and repertoire. Mellisa excels in teaching late beginners to advanced students. Mellisa is most passionate about composing, theory, and creativity. Mellisa was drawn to teaching virtually from her own experiences  early on. Growing up in a rural community as a homeschool student, finding music teachers is very challenging in remote areas. She wanted to provide quality music education no matter the student's location. Mellisa said it is the best teaching experience she's ever had!

Mellisa graduated with her Bachelor of Arts in Music Education and Liturgical Music, with a minor in Flute Performance and Bible in 2007. She received her Master of Arts in Music Education with a concentration in Piano Pedagogy in 2013 from the University of St. Thomas in St. Paul, MN. She is a Nationally Certified Teacher of Music, a member of the Music Teacher's National Association, and Minnesota Music Educators Association as well as a music education and business consultant for several music schools and private studios around the country and has performed in various countries. EMAIL MELLISA 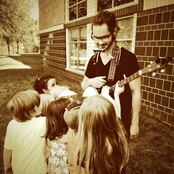 From Concert to Marching band, Percussion Chamber to Jazz Improvisational Ensembles, intertwined with Choral community and harmony training, Anthony Johan Lovaas is a classically trained, Minnesota veined, multi-instrumentalist. As a recording engineer, session player, booking agent, composer, performer, and songwriter, he has worked within the music industry for many diverse years. At the top of his totem, beginning with his primary passion of percussion, exists a lifelong relationship of rhythm, harmony, and musicianship. Studying Music Business at Augsburg College, Anthony graduated with Bachelor of Arts with specialization in Percussion Studies. It was there he studied 4 way coordination underneath Marv Dahlgren and in depth percussion technique with Matthew Barber. Performing in many ensembles, small chambers,and expanding knowledgeability of music theory and aural skills, he reinforced and reclaimed his appreciation and understanding of music and specifically percussion. EMAIL TONY

Tom McNellis holds a Bachelor of Arts degree in Music Performance from St. John’s University in Collegeville, Minnesota, where he studied voice with Dr. Patricia Kent and pedagogy with Dr. Axel Theimer. A lifelong performer, Tom sings as tenor soloist and section leader at St. Christopher’s Episcopal Church in Roseville. A passionate student of American music, he plays banjo and sings in the Twin Cities folk band, Skunk Hollow. He has worked as a choral director, cantor, coach, and emcee. With a holistic approach to vocal education and care, Tom endeavors to explore the energetics of voice as a window into the whole person, toward positive, self-directed growth. EMAIL TOM

A graduate of the University of Wisconsin, Chris has a degree in Music Education as well as a Masters in Conducting from UWEC and a secondary Masters degree in Educational Research from Winona State. He has been teaching band and orchestra at the middle and high school levels for 24 years. He  has taught in Mauston and Hudson as the head instrumental music director and has been the head director at various other secondary schools including Park High School in Cottage Grove, and East Ridge High School in Woodbury, MN. During his tenure with these schools, he performed at various music festivals and celebrations throughout the United States including Disney’s Magic Music Days, Carnegie Hall Youth Performances, The Great Milwaukee Circus Parade, and many more. Through those years he continued to develop his musical leadership skills in concert bands, jazz bands, marching bands, and drum corps. He has performed in and conducted community bands, pit orchestras, and other great ensembles such as the Twin Cities Trumpet Ensemble.

In all the years of teaching, he has and continues to perform professionally in the Twin Cities with the Twin Cities Trumpet Ensemble, St. Croix Valley Symphony Orchestra, and in many solo appearances as a trumpeter and a conductor/clinician throughout Wisconsin and Minnesota. Currently, he resides in Hudson with his wife, Heather, and two musical children Jeremiah (20) and Rebecca (17). The whole family is very active in vocal and instrumental music throughout the Twin Cities, Hudson community and University of Wisconsin - Eau Claire. He is thankful to God for the gifts of family and friends as well as the opportunities to be a part of the music endeavors. EMAIL CHRIS

Bruce Felt is a bass trombone player - so he likes things loud!  Mr. Felt has a BS in Music Education from Bemidji State University and an Masters of Education in Music from the University of Minnesota.  He just finished his 35th year as a band director.  He has previously taught in Sidney, MT; Zumbrota, MN, and Thief River Falls, MN.  In that time he has taught beginning band, Jr High band and High School Band along with marching band, jazz band and pep band.  He also has experience teaching music theory and composition.  Mr. Felt is currently teaching at North Heights Christian Academy, Burnsville Homeschool, and Gethsemane Lutheran School for Encore Ensembles as well as being the high school band director at Concordia Academy in Roseville. EMAIL BRUCE
Neil Baumgartner, III - Eighty Eight Notes Concert Bands​ Band

Sean Prichard graduated from Gustavus Adolphus College with a bachelor’s degree in Instrumental Music Education, with focuses in percussion and composition. Sean has been known to moonlight in swing bands, bluegrass groups, or oldies cover bands, filling in on whatever instrument is still left open.
Also an active swing dance instructor and athletics coach, Sean gleans the best educational practices from across a variety of areas and finds out what works best for his students. As a teacher, Sean emphasizes relationships, engagement, and meaning in every class. In addition to teaching scales and repertoire, his goal is to create lifelong musicians of all levels. EMAIL SEAN